Strona główna > 42nd Anniversary of JPII’s Election: “The Civilization of Love is the Way of the Church”

42nd Anniversary of JPII’s Election: “The Civilization of Love is the Way of the Church”

“Behold, dear friends, the charge I entrust to you today: be disciples and witnesses of the Gospel, so that the Gospel may be the good seed of God’s Kingdom, the civilization of love!” —Pope St. John Paul II.

In order to create a civilization that is born of truth and love, “It is necessary that our gaze be directed to the ‘artisan of our salvation.’ The civilization of love! In order not to be in agony, in order not to burn out in unbridled egoism, in blind insensitivity to the pain of others. Brothers and sisters, build this civilization without ever becoming tired! It is the task I leave you today. Work for this, pray for this, suffer for this! And with this good wish, I bless you all in the name of the Lord,” John Paul II told the faithful at Rimini in 1982.

Phenomena such as communism, fascism, radical Islam as well as wars and acts of terror, not to mention mysterious presence of evil among various people of our times, force us to look for a salvific alternative. Hence, we reflect on the civilization of love. As John Paul II put it in his Letter to Families, “this civilization is initially linked to the love ‘poured into our hearts through the Holy Spirit which has been given to us’ (Romans 5:5), and it grows as a result of the constant cultivation which the Gospel allegory of the vine and the branches describes in such a direct way: ‘I am the true vine, and my Father is the vinedresser. Every branch of mine that bears no fruit, he takes away, and every branch that does bear fruit he prunes, that it may bear more fruit.’”

The world calls for change. Chaos, uncertainty, a lack of moral clarity and leadership, a dearth of spiritual guidelines, a crisis of the family and fear have dominated our daily life. Therefore, men and women of good will need to reflect on the civilization of love that offers hope not only for eternity but for a better way of life here on earth. Let us follow the admonition of John Paul II in his Evangelium Vitae, that “together we may offer this world of ours new signs of hope, and work to ensure that justice and solidarity will increase and that a new culture of human life will be affirmed, for the building of an authentic civilization of truth and love.”

It was Pope St. Paul VI who coined the phrase “civilization of love,” a concept rooted in the Second Vatican Council. However, it was John Paul II who fully developed and propagated the idea to promote the “civilization of truth and love.” The universal character of the civilization of love, made it possible for the Polish pontiff to address his call not only to Christians, but also to the people of other religions as well as nonbelievers. Everyone is welcome to participate, provided he agrees that building the civilization of love requires a commitment to religious freedom, tolerance and respect for the dignity of every human person.

For John Paul II, love is the divine foundation of the civilization of love. As Carl Anderson, the leader of the Knights of Columbus, put it, “this structure is, of course, divine love. Because each human being is called by the Father in love and for love, love is the structure — as John Paul II would say, the vocation — of the human person made in the image of God. Each person is created with the capacity for a loving communion with another person and therefore, marriage and family are the natural school where this structure is first revealed and this vocation is first learned. Thus, the family is the first cell of society and the basic building block of the civilization of love.”

Culture comes first because all men live in it. As the Pope explains in his Memory and Identity, “man lives a really human life thanks to culture… Culture is a specific way of man’s ‘existing’ and ‘being’… Culture is that through which man, as man, becomes more man, ‘is’ more… The nation exists ‘through’ culture and ‘for’ culture and it is therefore the great educator of men in order that they may ‘be more’ in the community.”

Because cultures are many, he also reflects on cultural differences, mutual respect, and dialogue between cultures. He was keenly aware that dialogue is often difficult because of the tragic heritage of war, conflict, violence and hatred, which lives on in people’s memory. However, in his message for the celebration of the World Day of Peace in 2001, John Paul II emphasized its importance: “this dialogue is the obligatory path to the building of a reconciled world, a world able to look with serenity to its own future. This is a theme which is crucial to the pursuit of peace, dialogue is a privileged means for building the civilization of love and peace that my revered predecessor Pope Paul VI indicated as the ideal to inspire cultural, social, political and economic life in our time.”

It’s not the suppression of heritage or erasure of memories, then, but dialogue that is the way to peace and understanding between cultures — and a path toward the civilization of love.

The civilization of love requires respect for human life. John Paul II reminded us that a “civilization based on love and truth” could not be built without appreciation of human life, a gift from God that must be cherished and protected. He elaborates further in Evangelium Vitae: “The Church knows that this Gospel of life, which she has received from her Lord, has a profound and persuasive echo in the heart of every person — believer and non-believer alike — because it marvelously fulfils all the heart’s expectations while infinitely surpassing them. Even in the midst of difficulties and uncertainties, every person sincerely open to truth and goodness can, by the light of reason and the hidden action of grace, come to recognize in the natural law written in the heart (cf. Romans 2:14-15) the sacred value of human life from its very beginning until its end, and can affirm the right of every human being to have this primary good respected to the highest degree.”

The civilization of love would not exist without peace. As John Paul II expressed in Dominum et Vivificantem:

The peace is the fruit of love: that interior peace, which weary man seeks in his inmost being, that peace besought by humanity, the human family, peoples, nations, continents, anxiously hoping to obtain it in the prospect of the transition from the second to the third Christian Millennium. Since the way of peace passes in the last analysis through love and seeks to create the civilization of love, the Church fixes her eyes on him who is the love of the Father and the Son, and in spite of increasing dangers she does not cease to trust, she does not cease to invoke and to serve the peace of man on earth. Her trust is based on him who, being the Spirit-love, is also the Spirit of peace and does not cease to be present in our human world, on the horizon of minds and hearts, in order to ‘fill the universe’ with love and peace.

Solidarity is crucial in building the civilization of love. John Paul II gave us to understand that solidarity has to take the form of service toward others and respect for their dignity. Celebrating the World Day of Peace in 2001, the Pontiff said, “States… have no choice but to enter into relations with one another. The present reality of global interdependence makes it easier to appreciate the common destiny of the entire human family, and makes all thoughtful people increasingly appreciate the virtue of solidarity.” For John Paul II, solidarity is a firm determination to commit oneself to the common good, to the good of all and of each individual, because we are all responsible for one another.

To erect the civilization of love, we must not forget the importance of education as a building block of the entire construction. Education helps people define their own personal place in the world as well as teach respect for other cultures. As John Paul II put it in his Message for the celebration of the World Peace: “education has a particular role to play in building a more united and peaceful world. It can help affirm that integral humanism, open to life’s ethical and religious dimension, which appreciates the importance of understanding and showing esteem for other cultures and the spiritual values present in them.”

I have attempted here to outline the foundational elements without which we cannot build the civilization of love. Actively bearing them in mind may be fruitful and may help guide our actions in the world. But each of us can also offer our own contribution to the endeavor. As Pope Benedict XVI reminded us, “The horizon of love is truly boundless: it is the whole world!”

In contemplating the civilization of love, you may find the words of Pope Benedict XVI during the 6th European Students’ Day in March 2008 particularly inspiring:

Let us build the civilization of love. 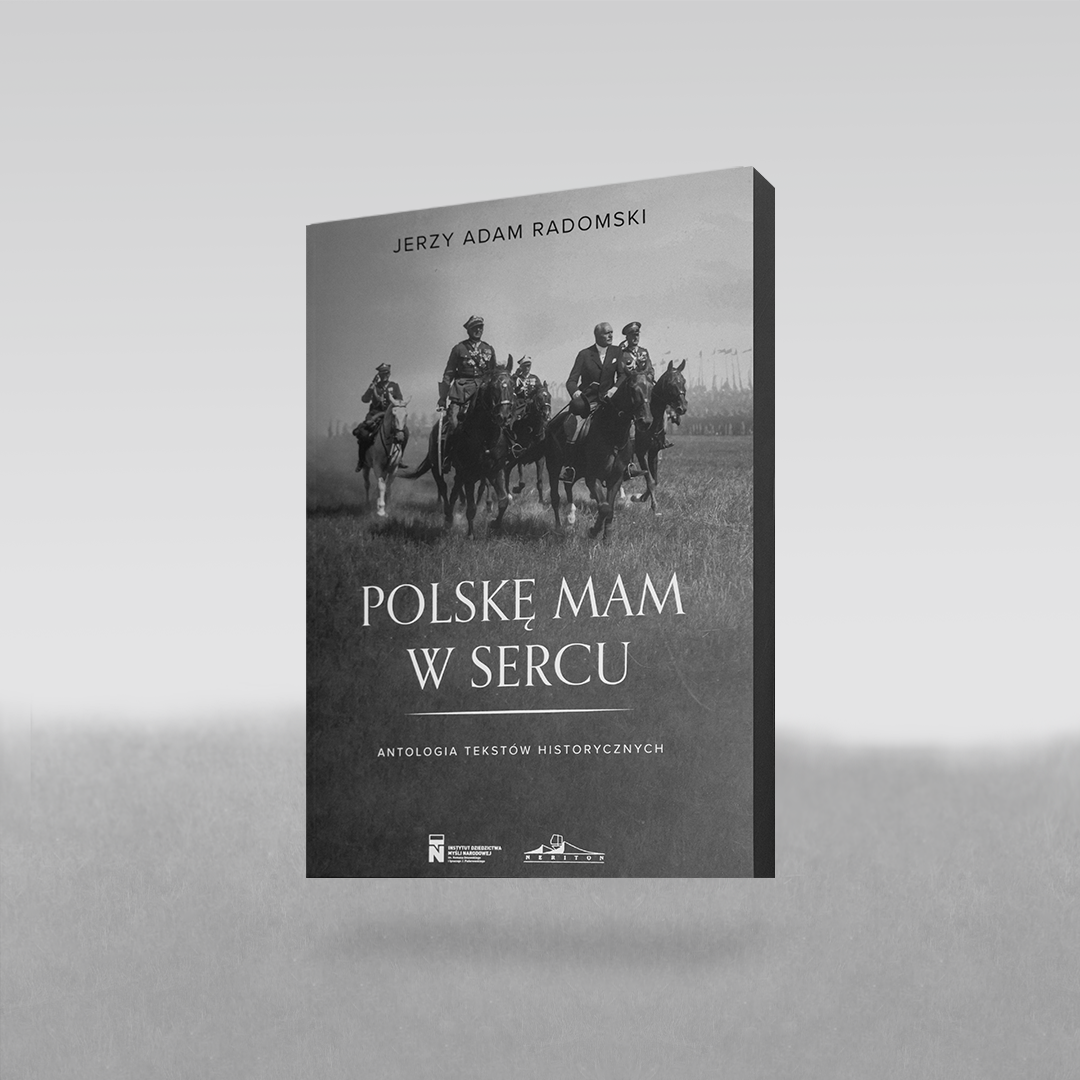 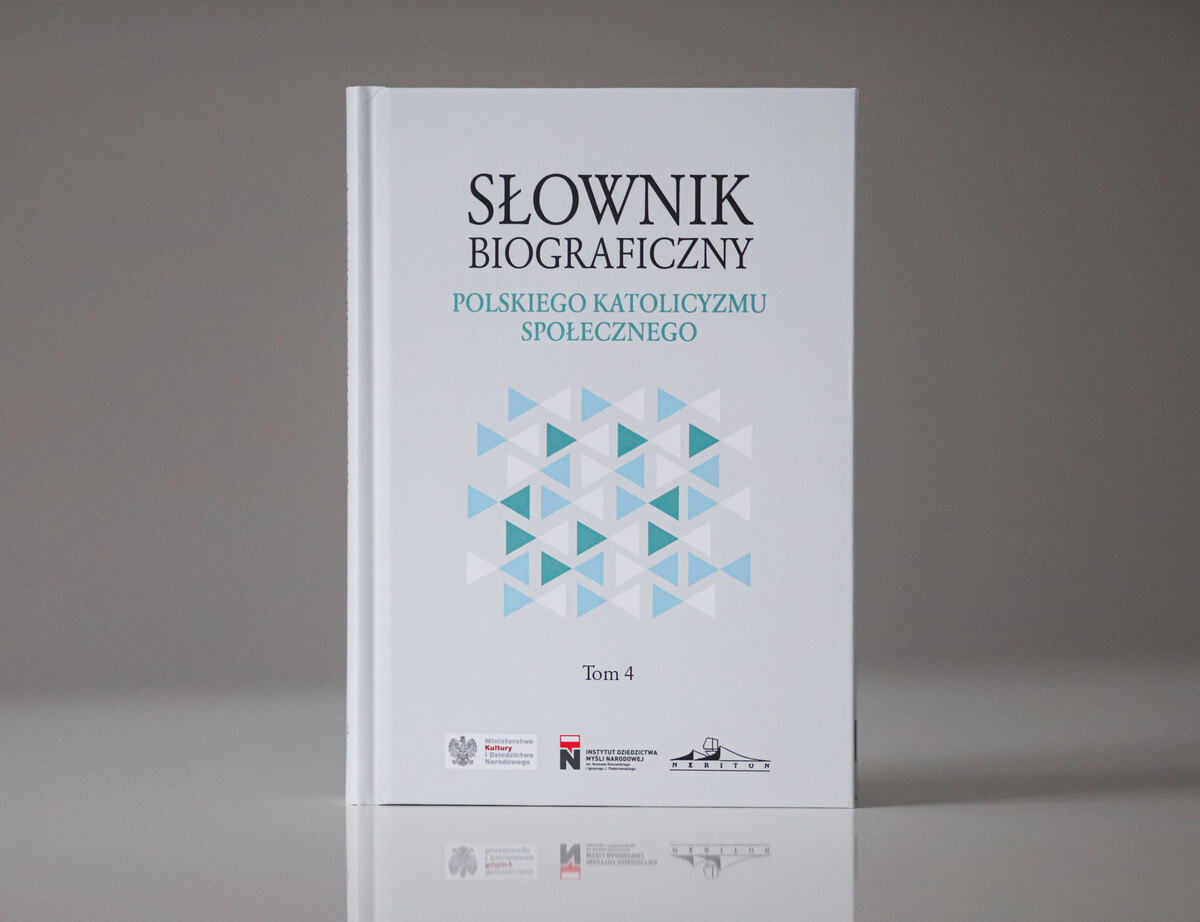 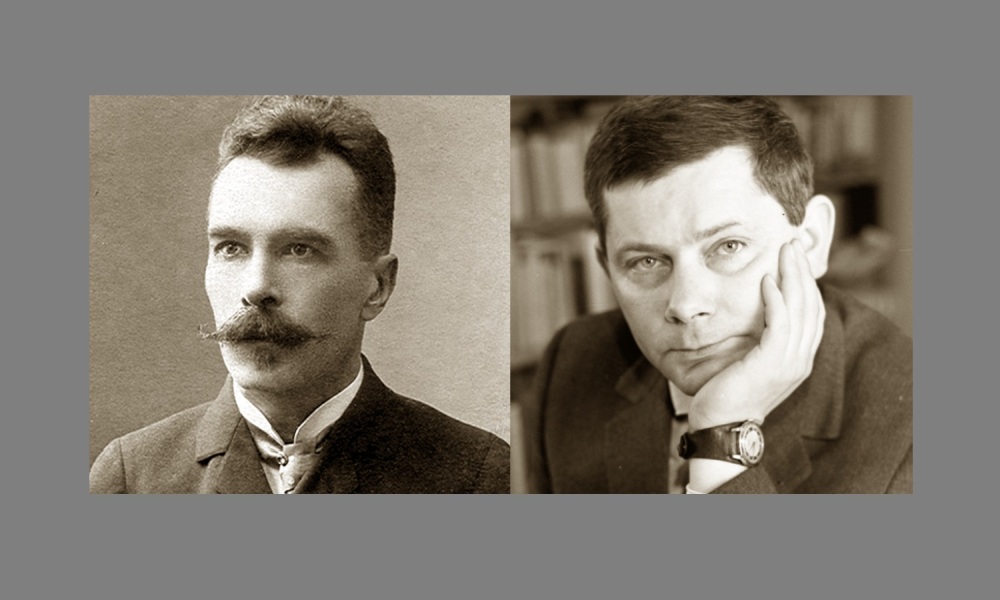 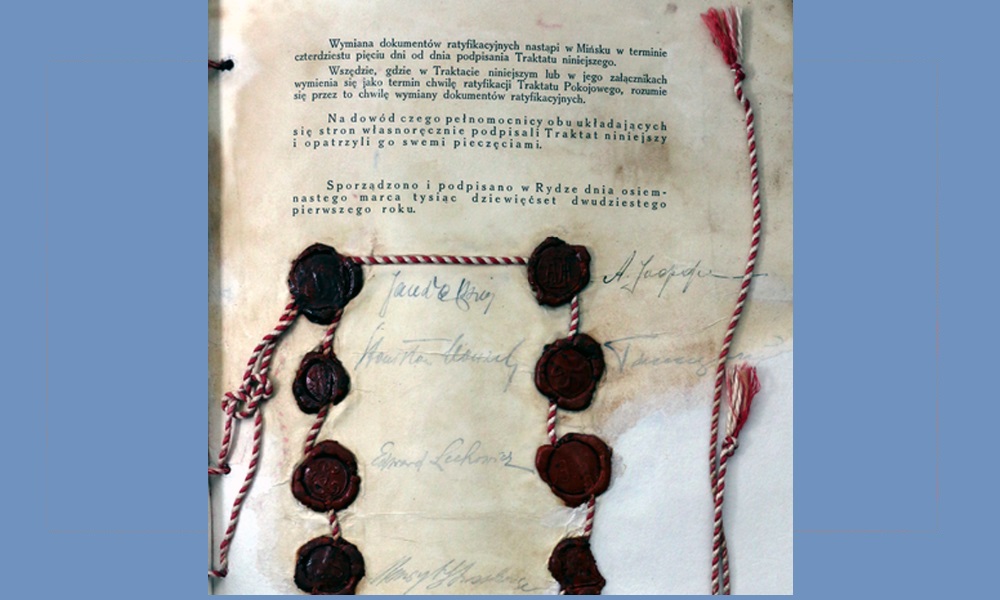 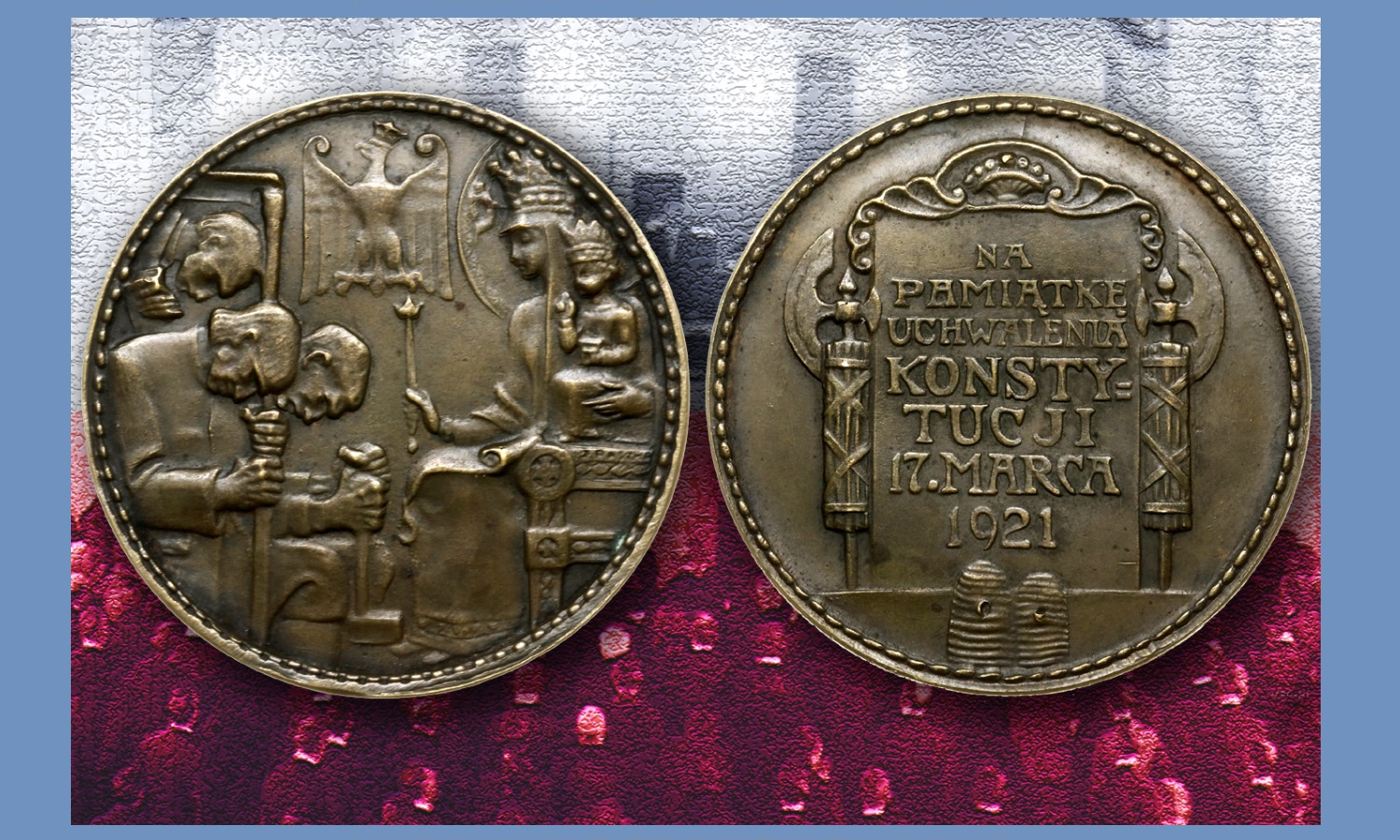 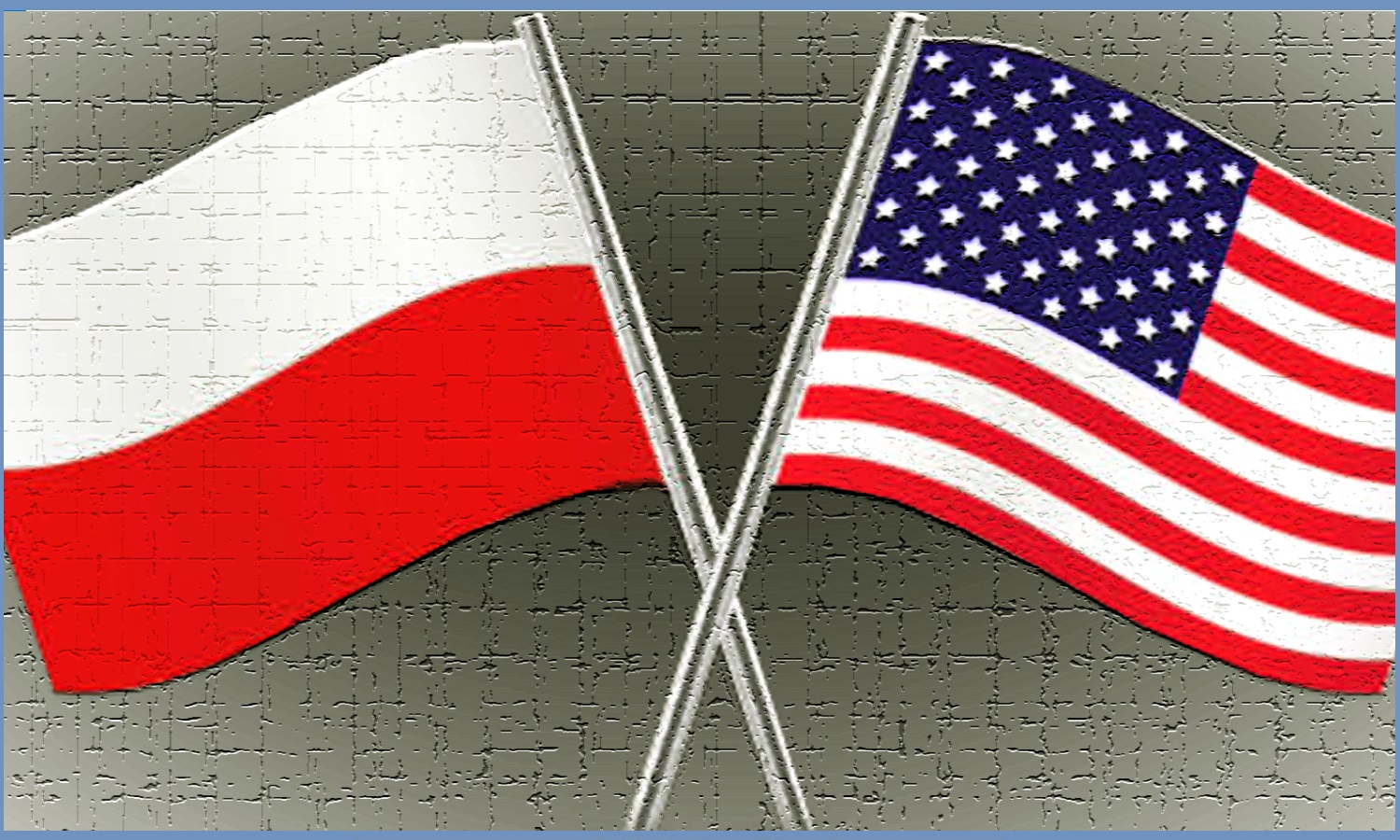